Stephanie was a British teacher at an international school in Addis Ababa. Dawit was the Ethiopian driver for a little girl in Stephanie’s class. They fell in love during the moments Dawit escorted his charge to and from Stephanie’s classroom. They shared an immediate bond….the love of children.

Stephanie was born and raised in the United Kingdom. “I trained as a teacher in the U.K. but had an urge to travel and help the poor, corny as that sounds!”

Stephanie’s first job was in the very remote mountains of Pakistan – at a local school for the poor in Chitral, North West Frontier Province.

“This was a very hard place with strict purdah (the practice of preventing women being seen by men) being observed and it being accessible by road only in the summer months (a trip of 10 hours) or by a small plane which was frequently cancelled since it had to squeeze through a mountain pass. In the winter all those who were not essential for the town had to leave due to a shortage of food.

I stayed there for three and a half years and then decided that in fact I needed to get some money behind me since the school paid only to survive and I had to find my own funds to travel back to the U.K on holiday etc.

As a result, I came to teach at an international school in Addis Ababa. Although I liked the work, I felt as if I wasn’t making a contribution to the people I really wanted to serve – the poor. I did my Masters in education with the Open University during this time.” 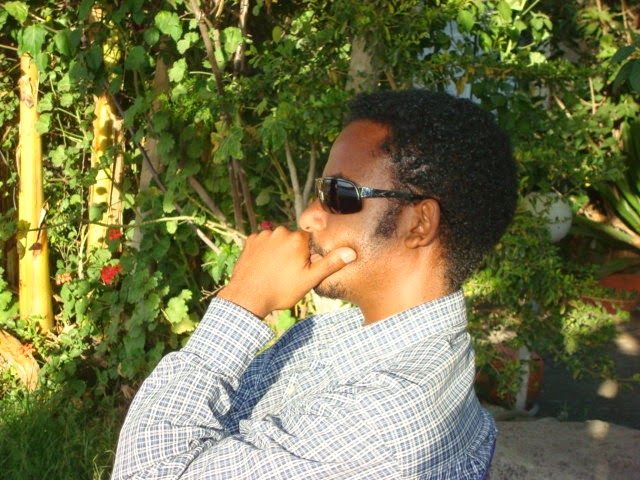 Dawit Hailu was born in Addis Ababa, Ethiopia. An avid learner, Dawit soaked up English at school and by watching movies. New acquaintances often ask him where he picked up his British accent, to which he has no explanation other than, perhaps, by watching so many movies.

After he completed secondary school through the public education system, Dawit earned a diploma in automotive mechanics, and then obtained a position as a driver with the Israeli Embassy.


The need for a school


As Stephanie continued to teach at the international school, her frustration at the educational inequity in Ethiopia took its toll.

“I could see clearly how the poor kids didn’t have a chance. It seemed cruel that money was dictating their opportunity for a decent education,” she said.

Stephanie and Dawit would talk for hours of the social injustice of the education system in Ethiopia.

Using their own funds, Stephanie and Dawit rented space in a school after hours. Called the British Language School, it met twice a week for two and a half hours for 16 pupils.

This school morphed into the full-time English Alive Academy in Addis Ababa for pupils aged three to five. Thirty-two poor children, who had no chance for a decent education otherwise, now had access to a good education and the foundation for a bright future. 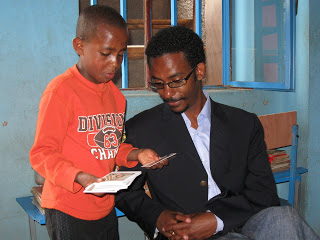 A leap of faith

Stephanie and Dawit believed so strongly in their vision, they took a huge risk: Dawit left his job at the embassy to take on the roles of principal, administrator, and teacher.

To support the school financially, Stephanie continued teaching at the international school, and taught at the academy after hours in addition to designing the course curricula.

A new kind of teaching

The children were exposed to a new kind of teaching for Ethiopia, one that encouraged exploration, analysis, and creativity instead of rote memorization.

There was no corporal punishment, another change from the public school norm in Ethiopia.

And Dawit and Stephanie called the children by their names and not by a number.

Dawit and Stephanie’s long-term vision was such that they knew they’d have to leave Addis Ababa so they could reach more rural children. They couldn’t sustain two schools, so they reluctantly boarded up the school in Addis Ababa and moved two hours south of the capital city, to Nazret.

“We moved to Nazret, since in those days, it was a small town and there were no good schools there, so we felt we could really make a difference and set up a school. To supplement our income I worked part time at the University in Nazret, training teachers,” Stephanie recalls.

The struggles continued, however.

“We realized that things had to change one day …we didn’t have enough money to run the schools and buy milk for our two children, and that perhaps we had to change things, so I got a teaching job at a school in Addis, and Dawit and I moved back there with our family.”

Not only did they keep the Nazret school open, they expanded to two campuses and offered classes through fourth grade, eventually enrolling almost 200 pupils.

Stephanie and Dawit covered all financial shortfalls for the school with Stephanie’s work at an international school in Addis Ababa.


Dawit’s mother, Azeb, volunteered her time in Nazret as the staff’s go-to person for facility matters.

Dawit and Stephanie regularly commuted to Nazret with their children for teacher training, staff management, community relations, and curriculum development.

Every month they worried about paying the school staff.


Another leap of faith

In 2011, Stephanie and Dawit and their children returned to Nazret to live, prepared to risk everything to keep the school open, without a safety net of external work.

In September 2014, Stephanie and Dawit moved back to Addis Ababa since their eldest son was too old to attend English Alive. Stephanie currently works part time as an educational consultant in Addis and spends half of the week in Nazret with the rest of the family visiting Nazret as many weekends as possible.